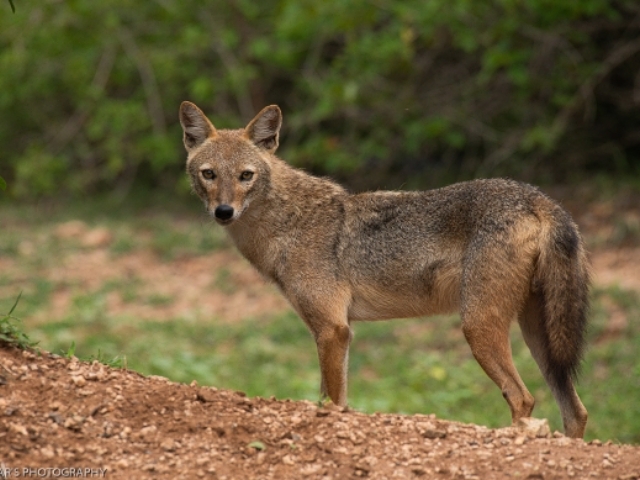 There are so many creatures that we have seen or probably heard about. However, there are some species we are familiar with, but we do not know much about them. Perhaps, they live around us, but we have little or no information about them. In this post, you will be familiar with some fantastic animals that start with i.

Animals that start with I

Ibex are wild goats found in mountainous regions of Europe, the Middle East, and East Africa. Ibex are excellent climbers and can scramble at high speed over rocky terrain.

The Iceland Gull is a mid-sized gull that breeds in Greenland and northern Canada. In the winter, it migrates south from its Arctic breeding grounds and can be seen in the UK and northern states of the USA.

The Icterine warbler bird is one of the animals that start with I that are small and migrates between Europe, where it breeds in the summer, and tropical Africa, where it spends the winter.

The green iguana is a large lizard that lives in forests in Central and South America. Despite its rather fearsome looks, it is mainly herbivorous.

The impala is a mid-sized antelope found in East and southern Africa. Its coat is reddish-brown, the lower half of its body is slightly paler.

It is found in India and other Southeast Asian countries. Despite the Asian elephant being an endangered species, it continues to be hunted for its tusks and meat.

It is one of the animals that start with the letter i and is a contender for the largest bat in the world. It can weigh up to 3.5 pounds (1.6 kg).

It is a small predatory mammal. It preys on small vertebrates such as rodents and snakes and also eats the eggs of both birds and reptiles.

Like all porcupines, much of its body is covered in spines.

These large, non-venomous reptiles live in the USA, Central American, and South America. The eastern indigo snake is the longest snake in the United States.

The Indo-Chinese forest lizard is one of the animals that start with an i. It is a mid-sized lizard and grows to around 42 cm (16.5 in) in length.

The indri is the world’s largest lemur. The indri keeps its body vertical while leaping through the trees, giving it a human-like appearance.

Animals that start the Letter with I

The inland taipan is a large venomous snake and one of the animals that start with i. It is found in the deserts of central Australia. It is the most venomous snake in the world.

Adults have pure white plumage, black legs, and grey bills tipped with yellow. The ivory gull has a varied diet that includes fish and crabs.

Their wings are very distinctive, bearing beautiful patterns which have eyespots.

They have a distinctive curved red bill which they use to poke under rocks and feed on small fish and insects.

They are also known as the rufous-backed sparrow. This bird feeds on seeds and insects.

While there are differences between male and female morphology, they look very similar with their gray plumage, which displays white spots.

One of the amazing animals that start with an i is known for its coat. While they are born with soft fur, the fur along the back of their body hardens as they develop.

The Indian star tortoise is so-called due to the distinctive yellow star markings on the back of its shell. The shell is very tall, with distinct humps coming to where the star meets its center.

Its red plumage with black wings characterizes this bird. They have an elongated and curved beak which is used to extract nectar from flowers.

The Indochinese tiger is a subspecies of tiger found on the Asian continent, specifically in isolated forests or mountainous areas.

Animals that start with an I

The Indian black turtle is not always black. Also, one of the animals that start with the letter i, their shell can have varying reddish-brown colors or even yellow on it.

The Irish Wolfhound is one of the various wolfhound breeds and measures an average of 75 cm at the withers. They have semi-long hair, which can be multiple colors between black, gray, white, and red.

The Iberian lynx is a wild cat that inhabits the forests and woodlands of the Iberian Peninsula. They feed mainly on rabbits but also hunt birds, amphibians, and small mammals.

The Indian palm squirrel is also known as the three-striped palm squirrel, thanks to its distinctive white markings along its back. They weigh 100 grams and eat mainly fruit and nuts.

The rhinoceros live freely in the meadows and forest areas right on the slope of the Himalayas Mountain. Although the body is massive, it can run faster up to 55 km per hour.

It is mainly seen near the water areas like the river, lake, and other places with low humidity levels.

One of the smallest species of jellyfish is namely Irukandji. Those animals that start with I that are small and stings the enemies fast and strong so that the other animals are palsied in a short time.

The main characteristics are the domination of the black colors all over the body. Besides, there are orange spots on the middle of each wing and white ones on the wings’ edges.

The term isopod refers to a group of Crustaceans, including germs, Ligia, and relatives. They live almost everywhere, whether it is land, freshwater, and the ocean.

The size of this wolf is indeed much smaller compared to the other sub-species. The legs are short as well as the body is covered by brownish-grey fur.

The body’s length is generally around 36 inches from the head to the tail. Aside from the size, this squirrel, which is one of the animals that start with the letter i, has unique features, including fur colors.

Peafowl or peacock is one of the rare but famous animals well-known for its beautiful appearance. This bird is an omnivore that eats almost any small thing, including insects and worms but also flowers and seeds.

Inchworms are described as pests. They have hairless bodies which are smooth but come in different colors.

It has a beautiful ice blue body offset against a bright orange fin on the top. Males are more colorful than females.

This fish is named for its translucent body. It’s a schooling fish and likes to live in groups of five or more.

This elongated loach has a pale belly, mottled gray body, and its eyes are on the top of its head. This is a very active yet peaceful fish that lives best in at least three or more groups.

It grows to only five to10 centimeters in length, and it’s a tranquil and peaceful fish.

Iridescent sharks rarely bother their tank mates. While all fish will eat most others that can fit in their mouths, iridescent sharks are those animals that start with an i and won’t touch another fish that’s at least half its size.

The bird commonly comes from French gerfaucon, and in medieval Latin, is rendered as gyrofalco. The male gyrfalcon is called a gyrkin in falconry.

These animals that start with i feed on insects and regularly follow swarms of army ants to catch prey flushed by the swarms.

This 29–31 cm long snipe has a stocky body and relatively short legs for a wader. Its adult plumage is dark rufous-brown except for the lower belly and undertail, white with heavy brown barring.

The male had a red-sided crest but was otherwise black, apart from the inner primaries, white-tipped, white secondaries, and a white scapular stripe.

It is found mainly in arid areas. Has cheek patch completely bounded by white supercilium and post-auricular border. Indian Bushlark, one of the animals that start with I that are small sings from bush tops but does not usually perch on trees or wires.

Green Jays have feathers of yellowish-white with blue tips on the top of the head, cheeks, and nape, though some taxa have more blue than others, and the crown can appear almost entirely white in some South American subspecies.

The Intermediate Egret is a medium-sized heron. It often nests in colonies with other herons, usually on platforms of sticks in trees or shrubs.

The Isabelline Waterhen is a large, up to 40cm long, rufous and brown rail. Both sexes are similar with olive-brown plumage, pale green bill, greenish-brown legs, and rufous below.

These animals are found all over the world, each with unique traits and characteristics. Each animal has an interesting fact so that you can better understand the amazing diversity of each animal.