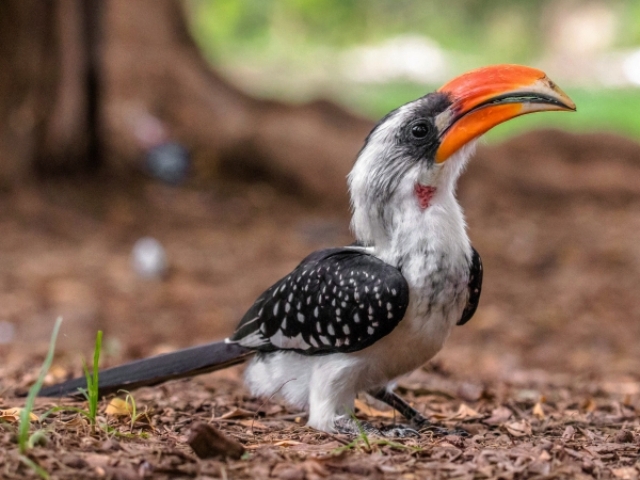 There are thousands and even millions of species of animals in the world. Despite their actions and behaviors that are cute and fun, many of them have unique characteristic features that we may have never imagined before. Here is the list of animals that start with J, along with the brief descriptions.

Animals that start with J

Jellyfish is a marine invertebrate creature. It has a length of around 2-40 cm. But there are some sub-species in which the length is up to 2 meters.

Japanese Macaque is one of the monkey species from the family of Cercopithecidae. They feed on leaves, seeds, grains, roots, fruits, and any other plant materials.

Jaguar is a big cat included in the genus Panthera. It is a predator with a powerful bite even to crack the tortoise shells known for being extremely hard. These animals names that start with J feed on deer, dogs, fox, snakes and some water animals.

Junglefowl is a general name for a non-flying wild bird from the genus of Gallus. The animal is closely related to the domesticated chicken.

Jackal is medium-sized and belongs to the same group as other similar animals like wolves and coyotes. Although they are omnivorous, they are well-known predators for some animals like rabbits and small-sized antelopes.

Javan Rhinoceros is one of the 5 rarest Rhino species in the world. It is in the Critically Endangered Animals list of IUCN. The lifespan of this animal is around 35-40 years.

Jerboa is a small mammal from the desert area. It belongs to the rodent group with a good ability of jumping. This animal is quite similar to the rat with a small size.

Jabiru is an endemic crane of the tropical rainforest of Central and South America. The bird can grow up to 1.5 meters as well as a wingspan of more than 2 meters.

Jaguarundi, also known as Puma Jaguarundi, is a type of wild cat native of Central and South America. The sizes of these animals that start with the letter J are pretty small, almost similar to the domestic cat.

Although this insect has Jerusalem in the name, this is a native animal of the western USA and some parts of Mexico. In general, the animal’s body consists of two parts: the head and the body. Meanwhile, the body also has some segments along with three pairs of legs attached to it. The entire body is brown, and it is covered by chitin.

Jumping spider refers to a group of Spider in the family of Salticidae. Just like the name, the speciality of this animal is jumping. Interestingly, it also has many other abilities, including in terms of hunting and navigation.

Junco is the name of the genus of the native birds of North America. Typically, the junco birds have a relatively small body size with some standard colours, including grey.

Jay is the name of a medium-sized bird in the family of Corvidae. These animals that start with J are known for their colourful feather colours and loud voice. The bird is also closely related to the crow, although the physical appearance looks more attractive.

Jacana is one of the big birds from the family of Jacanidae. It has long legs and big claws. Their balance is outstanding as the animals can stand up very well on the water plants commonly floating on the lake.

Jacamars are birds in the family Galbulidae. They are insectivores and have long, thin bills for catching their prey. Most jacamars have brightly coloured plumage.

Animals names that start with J

Despite their name, jackrabbits are hares, not rabbits. Unlike rabbits, hares (including jackrabbits) don’t dig burrows and have them above young ground.

There are three birds known as jaegers in North America: the long-tailed jaeger, parasitic jaeger and pomarine jaeger. All are large seabirds that breed in the Arctic. Jaegers are those animals that start with the letter J steal the prey of other seabirds.

The John Dory is a predatory marine fish. It has distinctive spines on its dorsal fin (the fin on its back). On either side of its flat, dull green body is a circular marking that resembles an eye.

The Jackson’s Hornbill is a species of hornbill in the Bucerotidae family. They are native to Kenya, Sudan, and Uganda.

The Jackson’s Francolin is a species of bird in the Phasianidae family. These animals that start with J are found in Kenya and Uganda.

The Jacobin Cuckoo is a member of the cuckoo order of birds found in Africa and Asia. one can also find this bird in Indian mythology and poetry, known as the Chatak.

The Jamaican Blackbird is a small icterid with all black plumage. It has a short tail that is often worn out. The Blackbird, strictly arboreal, has a wheezing call.

It inhabits woodland mixed with cleared areas and can be frequently found in larger gardens also. Though primarily a bird of hill and mountain forest, it comes down to lower elevations during the dry season, where it is more likely to be seen.

The Jamaican Mango is a species of hummingbird in the Trochilidae family. These animals names that start with J are endemic species of Jamaica, meaning it is found only on the island of Jamaica and nowhere else in the world.

The Jamaican Owl is one of those animals that start with the letter J is a medium-sized tawny-colored owl. It has brown eyes, long ear tufts, and a greyish-yellow bill. It mainly uses open habitats with scattered clumps of trees, generally in lowlands.

The Jamaican Pewee is a species of bird in the Tyrannidae family.

The Jamaican Poorwill is a species of nightjar in the Caprimulgidae family. It is endemic to Jamaica. It is critically endangered or possibly already extinct due to a combination of introduced predators and habitat destruction.

The Jamaican Tody is a small and colourful bird, predominantly green above, with a red throat and yellow underparts, pink on the sides. It has a large head and a long, flat bill.

The Jamaican Woodpecker is a species of bird in the Picidae family. These animals that start with J are found in subtropical or tropical moist lowland forests and heavily degraded former forests.

The Jambu Fruit-dove inhabits mangrove swamps and lowland rain forests up to 1,500 m. The male holds a breeding territory by raising its wings, bobbing its body and cooing. It will defend its territory with a quick peck if the territorial display fails.

James’s flamingo is smaller than the Andean flamingo and is 3 feet tall on average. They have a very long neck made up of 19 long cervical vertebrae allowing for a lot of movement and rotation of the head.

Animals that start with the letter J

Jameson’s Firefinch is a native of Angola, Botswana, Chad, The Democratic Republic of the Congo, Eritrea, Ethiopia, Kenya, and other African countries. The status of these animals names that start with J belongs to the Least Concern category in the IUCN list.

The Japanese Cormorant has a black body with a white throat and cheeks and a partially yellow bill.

The Japanese Night Heron prefers dense, damp forests in both its breeding and winter ranges. The current population of these animals that start with the letter J estimates at less than 1,000 mature individuals.

The Japanese Paradise-flycatcher is migratory and breeds in shady mature deciduous or evergreen broadleaf forest of Japan, South Korea, Taiwan and the far north Philippines.

The Japanese quail is used mainly for table and egg production and is an excellent dual-purpose bird.

The bird is about 18 cm in length, and its plumage is pinkish-brown primarily. It has a pointed crest, a black throat, a black stripe through the eye, a pale yellow centre to the belly and a black tail with a red tip.

It is 14 cm long and has a conical, grey bill, pinkish-brown feet and brown eyes. The underparts are yellow-green with streaks on the flanks. The male is grey-green above with black streaks on the back.

The Javan Hawk-eagle is a medium-sized, approximately 61cm long, dark brown raptor in the family Accipitridae. It has a long crest, rufous head and neck, and heavily barred black below.

It is about 46 cm long. It is confusable with Crested Goshawk or the Crested Hawk-eagle in flight but can easily differentiate by the longer upright crest, vast and rounded paddle-shaped wings

The Jet Antbird is a species of bird in the Thamnophilidae family. These animals that start with J are found in Brazil, Colombia, Ecuador, Panama, and Venezuela

Listed as endangered species, the Jico deer mouse is a rodent found exclusively in Mexico. It inhabits subtropical and tropical moist lowlands and forests. An adult Jico deer mouse only weighs 40g.

There you have it; this is the list of 50 animals that start with the letter J. Apart from these animals, if you come across any other exciting animal, please comment below.