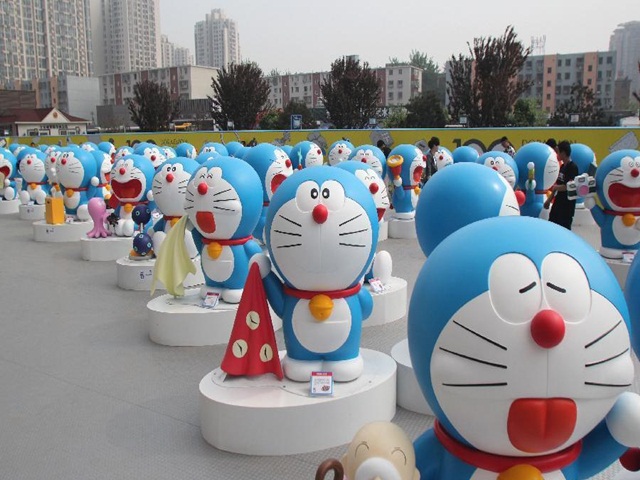 Animated cartoon characters with powers and gadgets always amazed people, and that’s the amazing part of that. Yes, all the cartoons characters are fictional but what’s wrong with it if we imagine for a second to live a life like animated cartoons. Or have you ever thought of having a same gadget which you have seen in cartoons on television. Isn’t amazing and interesting? Many cartoons characters have weapons or gadgets and this time we brought up cool Doraemon gadgets for our readers. All you need to do is just ready to go in imaginary life. 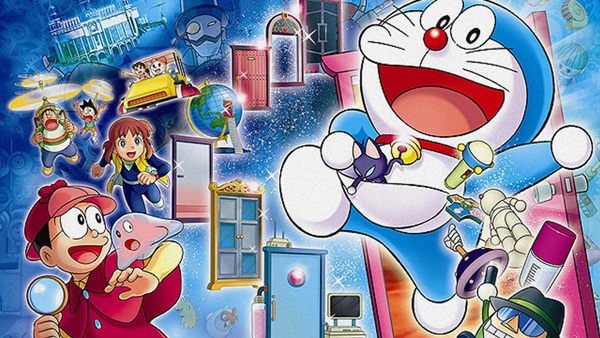 Basically gadgets in real life are for our comfort and doing work with ease. And in case of cartoons, gadgets are also same as imaginary like camera to take a picture or machine to take a ride.

Who is Doraemon actually:
Basically in starting it was an animated cartoon in japan but later the popularity of this blue robotic cat cartoon has raised up widely. Now, in many countries every single child is a fan of this blue colored cartoon cat. Doraemon is also considered as one of the cutest Japanese characters.

Why do people love Doraemon gadgets:
Well, There is not a single specific reason behind it. Of course it’s a world class cartoon character and kids are damn fan of this. In order to keep alive madness and passion about this robotic character, people do many things and also collect stuff related to doraemon. We have seen doraemon and other character using gadgets. And people who are damn fan of it, always wants to have the same gadgets in real life. But unfortunately that could not be happen in reality.

As we know the fan following of Doraemon and endless love of audience for it. Therefore we have selected eighteen cool doraemon gadgets and hope at least for a minute we could let you land in imaginary world of doraemon.

Memory Bread:
Isn’t quite exciting and funny? Either you are a school going kid or preparing for entrance exam, surely you will love it. It works as to let you help in memorizing anything you wants to. First you need to put this bread on a paper or book and then eat this bread with food or even at breakfast. I consequently all the data will be permanently fit in your mind. That is really a damn useful gadget. 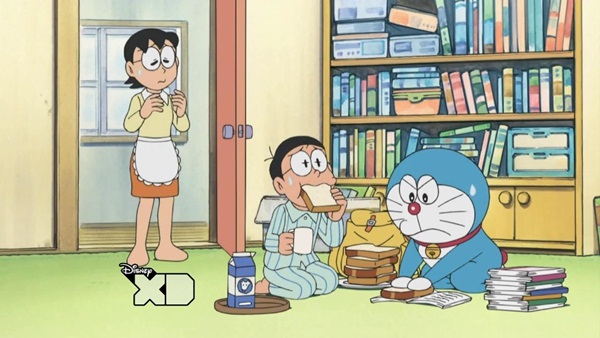 Dressup camera:
That’s one of the demanding gadgets for toady’s time. Everyone is busy and no one has time to do all the things, even to wear a dress. But there is alternate option for all the lazy or time consuming people. And the option is Dressup camera. All you need to do is just take a picture as selfie and within fraction of second you will have the new dress on your body (Fashion loving people surely need it). 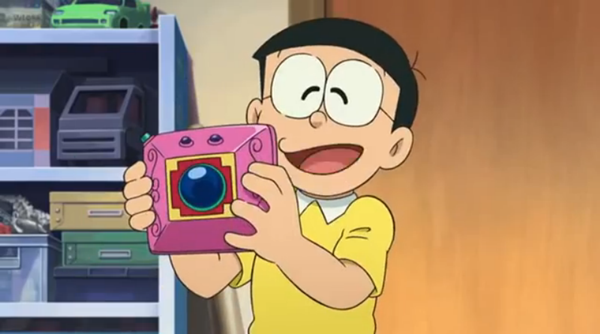 Take copter/ bamboo copter:
This robotic cat uses this gadget for travelling in air. Have you ever thought of having such an incredible tool? Here just need to put this gadget on head and turn on but the disadvantage is battery here. The more you increase the speed of it, lesser will be battery charge. Doraemon uses this gadget usually in proper manner and it would be better to follow the instruction before you going to fly (I wish I could have this one). 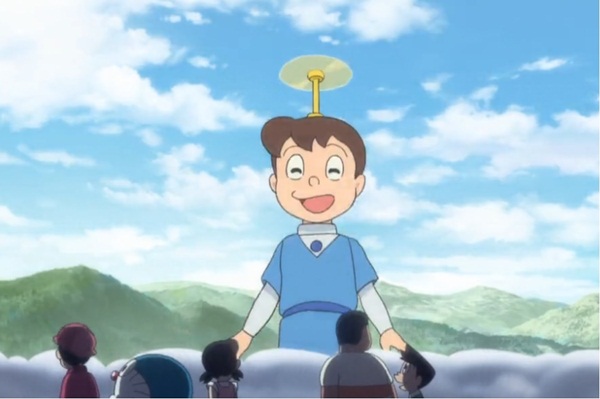 Dokodemo door/ The “anyway” door:
This gadget does the same work but the main difference is you don’t need to get fly. Yes, this is the magical door and allows one to let go at anyplace in the universe. Yes, if you are willing to go abroad and facing passport problems then you don’t need to worry about that. The explorer guys or if you want to go any other planet, here the anyways door can make this happen for you. That’s so cheap and fast gadget. 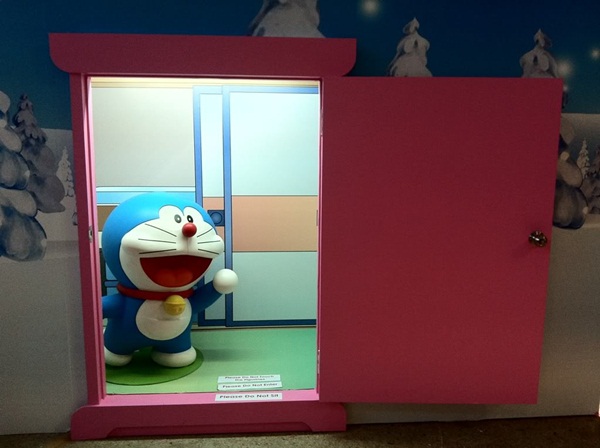 Time Furoshiki/ Time cloth:
Frankly speaking, this gadget may let you make younger. And it can also turn any old stuff into new branded product. The procedure is just need to wrap this cloth on the thing, object or living thing like you and just ready to get the new version of thing. Here are two sides of cloth and that’s what matters. Girls, you want to keep yourself young and healthy, what are you waiting for try this gadget and keep the beauty for longer. 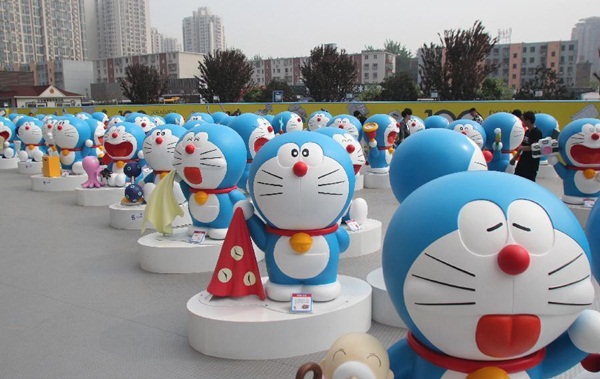 Some of other remaining cool Doraemon gadgets are below: 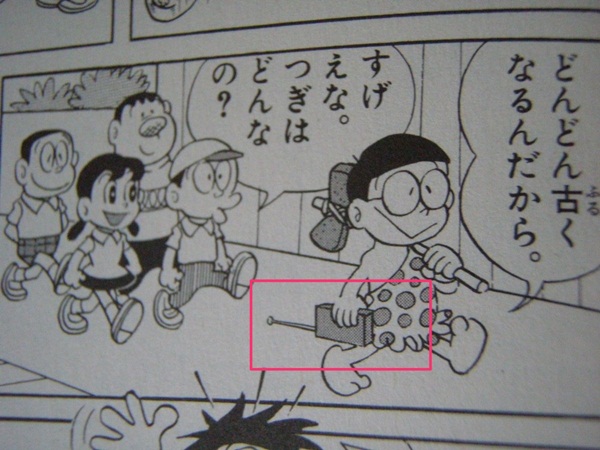 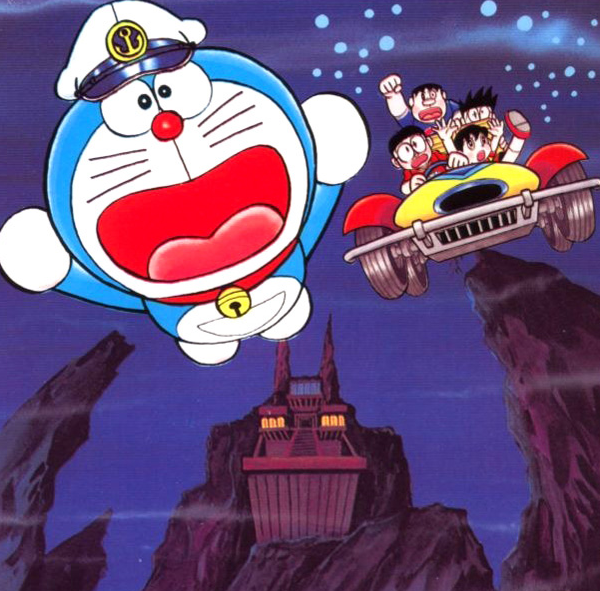 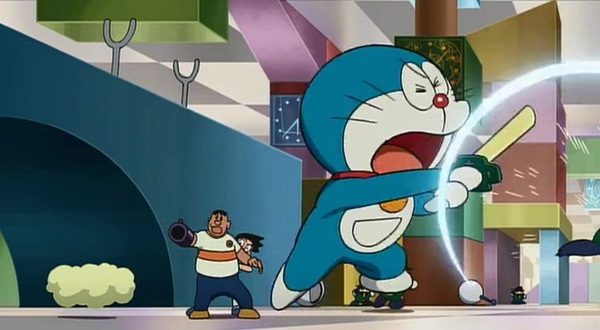 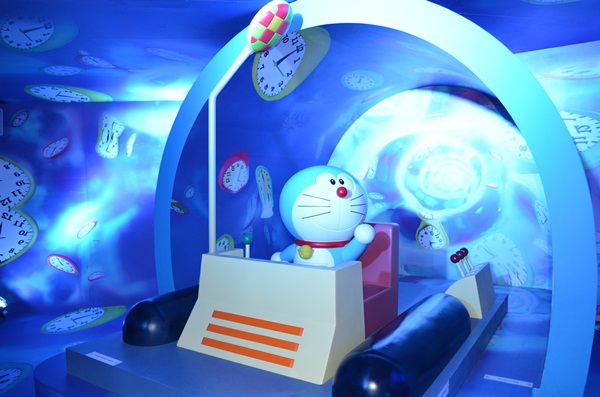 However doraemon is fictional animated cartoon character and just a robotic but the animators made this cartoon so popular. Here we have shared cool doraemon gadgets and that’s the important and recognized factor for its popularity. Doraemon always lives life in a splendid way and always ready to face problems. Even this robotic has many close friends so we have learnt about friendship also. The gadgets we have shared are likely to watch in show and if you have more gadgets in your mind and want to share then please don’t wait and freely speak.