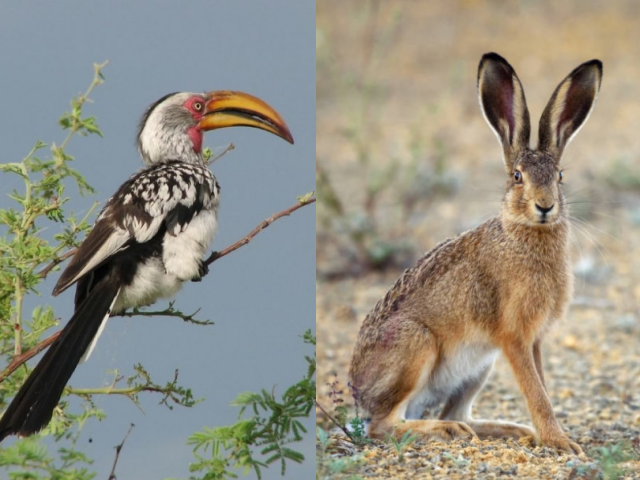 Are you looking for interesting information that you could use in the classroom to teach children about animals? Or a nature-loving parent who wants to show their kids how generous and diversified nature is? Whatever your requirements, this post provides a list of animals names that start with Y and some incredible information about them.

Animals that Start with Y

They are freshwater crayfish in the genus Cherax. Yabbies’ are found in swamps, streams, reservoirs, and various other freshwater habitats throughout much of Australia.

Yaks are large mammals in the family. Yaks are found in the Himalayas and have long, shaggy hair and thick woolly undercoats to sustain in the cold environment.

One of the animals that start with the letter y is the yellow mongoose is found in several southern African countries. It has a long body and short legs, giving it a weasel-like appearance. The yellow mongoose has sandy yellow fur.

The yellow-backed duiker is an antelope found in Western and Central Africa. Its name comes from the distinctive yellow patch of fur on the animal’s back.

It is a ground squirrel found in mountainous regions of Canada and the United States. It has a thick grey-brown coat with a patch of yellow hair on its chest, from which it gets its name.

The yellow-bellied weasel is one of the animals that start with y. It has a long body with short legs and gets its name from the yellow fur of its undersides.

It has a black back and sides, a white chest, pale yellow eyes, and a yellow stripe running from eye to eye around the back of its head.

The yellow-footed antechinus is a small, gray, shrew-like marsupial (pouched mammal). It is found in Australia.

It is found in Australia and gets its name from the yellow-brown color of its arms and legs.

The yellow-necked mouse has brown fur with a band of yellow around its neck. It is typically found in mountainous woodland.

It is one of the animal’s names that start with Y found in the southern United States and Mexico. It has gray fur and an orange nose.

It has reddish-gray fur marked with five black and two white stripes. Its face is also striped. The species is found in the western United States and Canada.

The yellow-throated marten is one of the animals that start with the letter y, a mid-sized predatory mammal found in Asia. Its back, neck, and shoulders are yellow, hence the species’ name.

Animal Names that Start with Y

The yellow-winged bat is a flying mammal. It is found in a band across sub-Saharan Africa. The species has distinctive yellow-colored wings, ears, and noses.

The Yucatan squirrel is a rodent found in the forests of Mexico and Central America. Like all tree squirrels, it spends most of its life in the trees, where it forages for nuts and seeds.

The Yuma Myotis is a small insectivorous (insect-eating) bat found in western North America, from southern Canada to Mexico. It lives in colonies that can number up to 10,000 individuals, usually close to water.

They are native to Eurasia but can also be found in Australia and New Zealand. Yellowhammers usually inhabit farmlands, forest edges, pastures, hedgerows, thickets, or scrublands.

Commonly known as wasps, yellow jackets, one of the animals that start with a y are predatory insects that build nests that house large colonies.

Yellow baboons belong to the monkey’s family and are easily identifiable by the yellow-brown fur and dog-like shape of their heads and muzzles. Their faces are hairless, black, and are framed with white sideburns.

The Yorkshire Terrier is one of the animals that start with y is among the most miniature dog breeds. This breed was developed in Yorkshire, England, during the 19th century. Its maximum size reaches 7 pounds (3.2 kg)

The Yunnan hare is a medium-sized mammal and is native to the Yunnan region in China; it has also been found in Myanmar. Its pelage is long and soft and has a gray-brown or dark gray color.

The Yapok Opossum can be found in and near lakes and freshwater streams. Their fur is dense and short, has a greyish-white and brown color, and it is water-repellent.

Animals that Start with Letter Y

It inhabits the tropical forests of the Amazon Basin, and it usually lives close to swamps, lakes, slow rivers, and slow streams.

The yellow-billed stork is a huge wading bird, distinguished by its dark tail and lengthy neck. The bill is long, blunt, and slightly downward-curved, flawlessly adjusted for recording its target.

This is the largest of the girdled lizards and one of the animal’s names that start with Y. It is brown on the upper surface, merging to straw/yellow coloring along the side of the body and yellow underneath.

The yellow-crowned evening heron is just one of two varieties from night herons discovered in the Americas, the other one being the black-crowned night heron.

The yellow-headed caracara is a beast of prey in the family Falconidae. That is discovered in exotic and subtropical South America and the southern section of the central USA.

The yellow-necked spurfowl or yellow-necked francolin is a type of bird in the Phasianidae family. It is located in Djibouti, Eritrea, Ethiopia, Kenya, Somalia, Sudan, Tanzania, and Uganda.

The Yellow-billed Kingfisher is a medium-sized kingfisher widespread in New Guinea and northern Australia. The species feeds on earthworms, lizards, and larger insects.

The Yellow-tailed Black Cockatoo is a large cockatoo widespread in forested regions of the southeast of Australia.

It is one of the animals that start with y, a small woodland songbird species that nests and forages for insects and spiders high in the canopy of pine forests.

The Yellow-legged Thrush is a songbird whose range covers northern and eastern South America. The species are found in rainforest, woodlands, and agricultural lands.

The Common Yellowthroat is a small songbird found in Mexico, North America, and Central America. The breeding habitats of these migratory birds include dense shrubs, marshes, and thickets.

This community fish is a rambunctious, active swimmer best kept in a group of at least five, but it doesn’t live well with more shy species.

One of the animals that start with a y is a territorial fish but can live well in a pair, and other small to medium Tanganyikan cichlids residing in different tank areas.

Keep the yellow king piranha in groups with a larger aquarium that has a smooth substrate on the bottom. They’ll enjoy a few rocks or roots or rocks.

The yellow Kribensis is a rare species kept among fish hobbyists. This fish tends to be very shy and needs good hiding places (and spawning areas) for them to be comfortable.

The yellow lab is always in high demand as it’s one of the most popular cichlids among hobbyists. It sports a striking bright yellow color and a peaceful personality, making it a great tank mate for hundreds of other cichlids.

The peacocks are one of the most eye-catching and gorgeous cichlids, which is how they earned their name. Males have a bold yellowish-orange color with iridescent blue around their mouths. This fish eats invertebrates that live in the sand.

These gentle and docile species don’t live well with more vigorous fish. It is one of the animals that start with the letter y.

Yellow-handed titis are found in lowland forests around the Amazon, Orinoco, Rio Maranon, Guianas rivers in the northern part of their range and south to the Rio Puru. These have reddish-brown to black fur covering most of their bodies, white marks on their faces, black legs, feet, forearms, buff-colored hands, and brown to black non-prehensile tails.

They are pri­mar­ily ter­res­trial and can be found seek­ing shel­ter from preda­tors along with fallen logs, thick brush, low branches, and dense grass.

It is found along the eastern coast to the western slopes of the Great Dividing Range, from southern Queensland to Victoria.

It is a size of a chipmunk but with an elongated shape. This is a nocturnal and arboreal rat from South America.

So, you see, there are unique names of animals that start with a y.