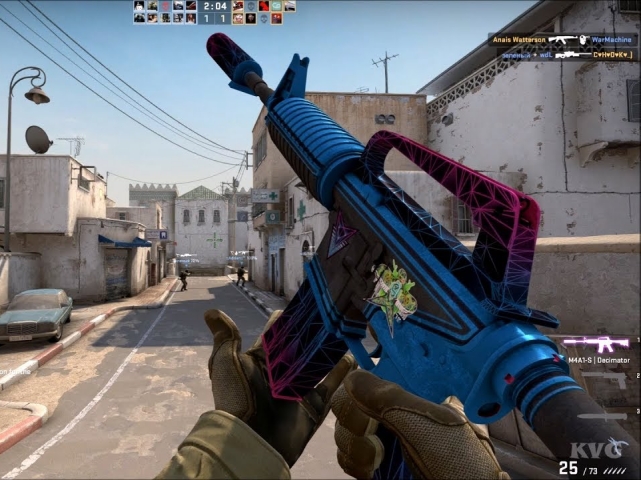 Counter-Strike: Global Offensive is one of the most popular first-person shooters around. Since 2012, Valve’s multiplayer masterpiece has gone from strength to strength and amassed tens of millions of players. At the start of 2022, CS:GO was averaging at 990,000 concurrent players on Steam alone.

If your teen is online and a video game enthusiast, there’s a good chance they’re going to encounter Global Offensive at some point. Need some help deciding whether or not to let your youngster join in the fun? We’ve compiled a useful guide for parents to help make life easy.

What is Counter-Strike: Global Offensive About?

CS:GO is a fairly typical first-person shooter. This multiplayer game involves two teams of five players competing across a series of rounds. One team takes the role of terrorists, while the other takes on the role of anti-terrorist agents. Different rounds involve different objectives, ranging from hostage rescue scenarios to bomb defusal exercises. The first team to secure 16 victories wins the overall match.

As with any first-person shooter, there is a fair amount of violence and gore involved. Blood splatter and other violence typical of combat scenarios are all present here. However, none of this is particularly realistic and shouldn’t alarm the average 14-year-old. Furthermore, death scenes are discreet and any residual gore is cleared from the gameplay map between each round. Blood and gore effects can also be disabled from regular play, rendering the game more suitable for younger players.

Arguably the most controversial aspect of the game is the input from other players. Because CSGO relies on multiplayer teams, there’s a live chat aspect to consider. You can’t police what other players will be saying, meaning there’s always the chance a teen player can be exposed to profanity and insults from teammates.

This is only really an issue if a teen is playing CSGO live with other players. If they’re instead playing in offline mode, you won’t need to worry about explicit language and toxic input from the gaming community.

This is something to consider if your child has relatively little experience with cooperative gaming. Recently, a 13-year-old CSGO gamer went pro, but this player is definitely an outlier. The average CGSO player tends to be aged around 25, meaning teens will come up against the considerable competition when playing online.

However, CSGO provides a matchmaking function that allows players of comparable skill to come together to do battle. This ensures newcomers to the game won’t face an endless stream of unwinnable battles and can look forward to progressing through the ranks and climbing the leaderboards.

Despite its subject matter, Counter-Strike: Global Offensive doesn’t contain any content that will shock the average teenager. Chances are, they’ve seen far more graphic visuals on television and hear more profane language in the classroom on a daily basis. However, parents still need to be aware of the general playing community. Because players need to engage with teammates via a chat function, there’s the possibility they will be exposed to explicit language and insults. Therefore, it’s a good idea to keep an eye on their playing activity and monitor their mood after lengthy gaming sessions.