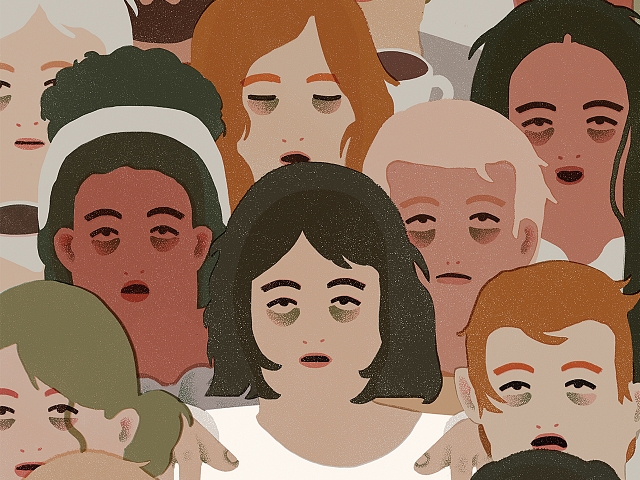 Have you ever felt like you never seem to get enough sleep? You may also have wondered why you sleep 15 hours and wake up grumpy or sleep only four and doze off during the class. The answer lies in a common misunderstanding of sleep cycles and disorders leading to sleep deprivation. For many people, learning more about potential sleep disorders and following a consistent routine helps solve the problem. You can also check out this calculator to plan your sleeping time more efficiently.

Healthy and regular sleep is critical for optimal health. Although it is rare to hear that someone felt sick because they did not get enough sleep, the occurrence is more common than we realize. Lack of sleep can disrupt the immune system, as per research, making you vulnerable to bacterial and viral attacks. Reduced cognition and attention spans, mood shifts, delayed reactions, and a general sense of dizziness are more common consequences.

However, some people are so used to unhealthy habits that they simply do not affiliate their chronic problems to a lack of sleep. For instance, someone who regularly complains of stomach aches may have a tendency to sleep right after eating, which disturbs the metabolism. Here is the essential information that will help you steer away from such problems.

How Do Sleep Cycles Work?

Most people have heard about the infamous sleep cycles, but few completely understand it.  Your mind undergoes four to six cycles, to put it simply. Each of these is composed of four stages. The first stage is when your body is preparing itself to fall asleep. You are slowly heading towards a different mental state, but it is easy to wake up if you hear a dog bark in this stage. It happens because your senses are still in tune with the external environment.

In the second stage, your body feels more relaxed, and your mind begins to perform vital nervous system activity. Muscles relax, and the heartbeat slows down while the body temperature drops. If you wake up during this period, you may feel like you fell off a cliff or down the staircase. The next stage is essential for a night of refreshing sleep, and it is the calmest you will feel while sleeping. These three levels classify as Non-Rapid Eye Movement period because there is the minimum movement of eyes.

The fourth stage, nevertheless, is REM. It is when heartbeat, breathing rate, and eyeball movement increase again. In your nervous system, memory consolidation takes place during which recent experiences turn into long-term mental memory. This stage is also when you dream vividly. Scientists find it fascinating because the body paralyzes as a subconscious mind takes hold of your imagination. When this stage ends, the sleep cycle begins again. Each REM lasts a bit longer than the last.

The Science Behind Sleep Disorders

Unfortunately, some people are unable to complete their recommended sleep cycles. Many of us have complications going to bed or waking up at the appropriate time. In America alone, studies reveal that 70% of adults are dissatisfied with the quality of their sleep, and 70 million people regularly deal with sleep disorders. It is necessary to note that these are only diagnosed and reported statistics; it is entirely possible that a significant portion of people with sleep disorders have not received a medical diagnosis.

Signs of sleep deprivation can entail:

Sleep deprivation does not always equate to sleeping disorders, and sometimes working on a consistent routine solves the issue. However, occasionally there is a more serious underlying condition that you should not ignore. Here are some of the disorders people tend to face.

It is the most common and widely known sleep disorder; the inability to sleep when in bed. Insomnia also manifests itself as trouble sleeping again once you wake up before morning. For instance, if someone has a nightmare or hears the doorbell ring that awakens their mind, they might find it impossible to sleep again despite the fatigue. Insomnia may be acute (short-term) or chronic (long-term). Acute or mild insomnia may occur when you are under sudden and increase stress, such as an upcoming exam that can change your career. Chronic insomnia appears more than three nights a week and can also result from other mental disorders like depression.

If your breathing is interrupted during sleep, doctors may diagnose you with apnea. It can be both central and obtrusive. When it is the latter, the tissues in your air passageways can collapse during sleep. It causes snoring, restlessness, and fatigue. Central apnea relates to the central nervous system, which may fail to signal your body to breathe as you sleep. It is more noticeable, and you may find yourself waking up from the discomfort and gasping for air.

People with this condition complain of an unnatural level of sleepiness. If you find yourself having “sleep attacks” in the middle of the day or sudden urges to fall asleep anywhere and anytime, you may have narcolepsy. Sleep paralysis and hallucinations can also appear as symptoms.

How to Treat Sleep Disorders?

Discussing sleep problems with a healthcare expert would be the wisest thing to do if you suspect a disorder. They can further recommend counseling for treating it, especially if your sleep deprivation results from excessive stress or emotional trauma. Some people find meditating and exercising also beneficial in relaxing the muscles before going to bed. Other ways can be minimizing white noise, light rays, and radiation by changing the equipment in your room while sleeping.

In some cases, your doctor may prescribe stimulants such as modafinil to help you stay alert if you have narcolepsy. Other sleeping aids like ramelteon and zaleplon can work for insomniac people. Nevertheless, it is crucial to talk to an expert, especially if you have been experiencing sleeping problems for a long time.