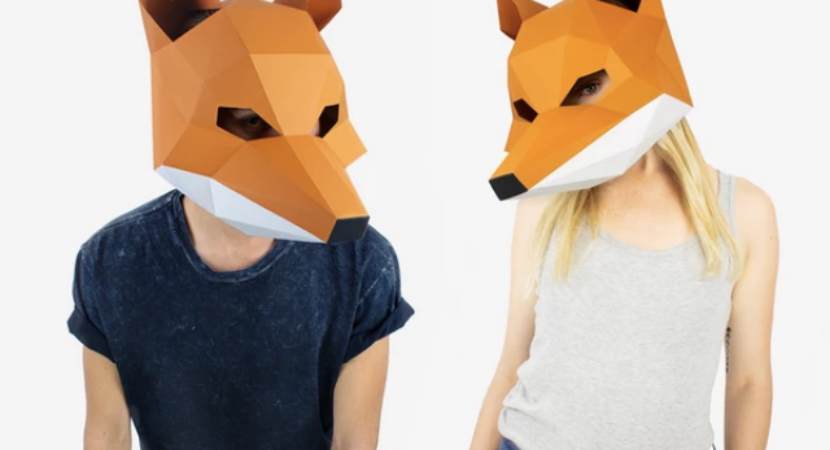 Fox masks, ghost masks, cat masks, and a lot of other kinds of masks can be seen featured on a lot of aspects in Japanese culture. The intricately designed masks are not just there to be a decoration or prop but are really, a deep and intertwined with Japan’s history and the Japanese peoples’ religious beliefs.

Even when Japan was in the feudal era, the masks were already worn by the samurai in order to scare off their enemies and as a form of protection for their heads if an attack was directed towards their faces. As time passes, the use of these masks to shield from physical threats has evolved to something more artistic and was embedded with religious concepts. This is a reflection of the local populace’s devotion to the spiritual.

Even today, the masks are still continuing to exist and is still a big part of the Japanese pop culture. The ones that spring to mind immediately are the more popular avenues like the anime shows, theater performances, and of course the many local festivals. One of the most sought after of the one that gained popularity is the fox mask or more commonly known as the kitsune mask.

With all the richness of the culture of Japan, the masks can be put under one of the numerous kinds. A mask can be categorized as Kagura, Shinto, Kyogen, or Noh. The Kyogen refers to a group of masks which is used in theater performances which are comic in nature. These performances often serve as an intermission break for other numbers like Noh acts. The Noh acts, on the other hand, are musical in nature and are dramas which will tell about the classic Japanese tales that originate from the 14th century. The other mask categories Shinto and Kagura focuses more on the ethnic religion of Japan and are then used to pay tribute or homage to the different deities and gods or for ceremonial ritual practices.

A fox mask or the kitsune mask can refer to a lot of masks that has features that include the physical attributes of a fox. One of the many Japanese customs and traditions include the foxes in plays which has an important role in the religion and folklore of the Japanese people. Because of this, when answering the question of where does a fox mask lie on the various categories discussed in the Japanese culture’s traditional masks is still up for debate. With some even saying that these fox masks or kitsune mask can make up an entirely different category.

Despite how one categorizes the fox mask, it has definitely become one of the more iconic objects which have been associated with Japanese culture by tourists and observers from outside.

Foxes and Fox Mask: Its importance

In the olden days, the Japanese people have lived quite closely with the foxes. And as time went by, various legends, beliefs, and customs have arisen from the companionship that was shown with the animals. The depictions show them to either be benevolent or malevolent – a characteristic that largely depends on the kind of situation that they are in.

Shintoism is the homegrown religion that spans the entire country. This belief has regard to foxes which paints them as the messengers of Inari. Inari is considered to be the god of fertility and agriculture which some may also believe to be seen in the shape of a fox. Because of this, the many shrines which have a primary focus on paying tribute to the deity Inari are decorated with a lot of fox statues. Where the visitors can choose to leave offerings that are considered appropriate along with messages meant to please both the god and his messenger.

On the other hand, Japanese myths often paint the foxes to be, shapeshifting, troublesome animal characters who find happiness in becoming a nuisance to innocent humans in every chance that they can get. There are plenty of them told stories about these foxes which transforms into a beautiful woman then proceeding to lure unwitting men. And there is also a lot of stories narrated about how the foxes swipe valuables from unsuspecting villagers by transmuting into kind monks to lower down the guards’ villagers.

Because of this ambiguity of the nature of the foxes as painted by both the Shinto religion and several urban legends and myths, the importance to the Japanese populace will often vary. Back in the day, there are a few members of the populace who have put belief in continuously offering and giving to the Inari messenger. This would then eventually lead to a change in the fox’s loyalty from Inari to the people. The practice was supposed to give the wealth and the necessary protection to the new master.

As a consequence, the different people would regard the newly acquired success of the man with the fox servant to be some form or example of how the creature has indeed a malevolent nature. They believe that the fox will knowingly steal from another person’s wealth in order to give to the new master that he now serves. This lead to the belief that those who pay homage to foxes, and some even owning ones are considered to be practicing witchcraft.

Fox masks, like a lot of other masks of Japan that is used in tradition, have first made their presence known in the theater performances as a Noh mask. However, as time went by, these masks have found a way to be in the country’s religious performances as a Kagura mask as well. In present times, the roles that the foxes play in Japanese culture still continues to be an open debate that can be interpreted in countless ways. Because of his ambiguity, the creature still continues to become a respected, and fascinating item that the Japanese community gives regards to in the form of festivals and other art forms.

Because the foxes are depicted as the messengers of the deity Inari, in a lot of shrines in Japan, festivals are held annually, especially during the harvest season of rice. This festival often occurs between August to November corresponding to the harvest. During these events, anyone has the chance to buy the many kinds of fox masks. This is part of the celebrations and is a way for the locals to participate in the celebrations. The Japanese people in these parts will often wear the masks in an unorthodox manner. Instead of wearing them on the face as would normal masks, they are worn over the heads as if wearing a cap. This is especially the norm because if they are worn normally, they would be quite uncomfortable and difficult to look through.

The Kagura performances which are done during the festivals mentioned above are used to honor the deities and gods. The populace uses this chance to pray for more success, wealth and for a better harvest from their crops. This act will consist of a graceful ceremonial dance which will be performed by a priestess of the shrine. There are also some other shrines that will hold a lot more dramatic versions of this dance where a priestess will wear a fox mask and a complete costume.

Fox masks can also be featured in a lot of other festivals. There are even those that would not be in any way associated with the god Inari. These masks are specifically popular with the children of Japan. This is why a lot of people believe that is due to the fox’s depiction as a trickster.

Even beyond the harvest festivals, the fox mask is also gaining wide popularity on New Year’s Eve. This is because of an old myth that depicts how every fox which is near the Oji shrine would come to visit on the last day of every year in human form. To give honor to this story, the Oji Kitsune-no-gyoretsu which is also known as the Fox Parade is held annually between the vicinities of Oji Inari Shrine and Shozoku Inari Shrine and in Tokyo City.

The locals that are participating in these occasions must either have fox masks on or they can also choose to have their faces painted so that they look like foxes. Tourists are particularly keen and willing to join the festivities. The point of the whole thing was supposed to be done for the purpose of being given happiness and health of the incoming year.

Even though the term kitsune has been used to point to actual foxes, fox masks are actually more often being used to associate with the apparitions and spirits. Just as there are a lot of games, such as Okami, that make use of the fox as the main character, it is quite common to see these and the fox mask in anime, as well. The mask is used to disguise one’s appearance and to pay homage to the messenger as well.