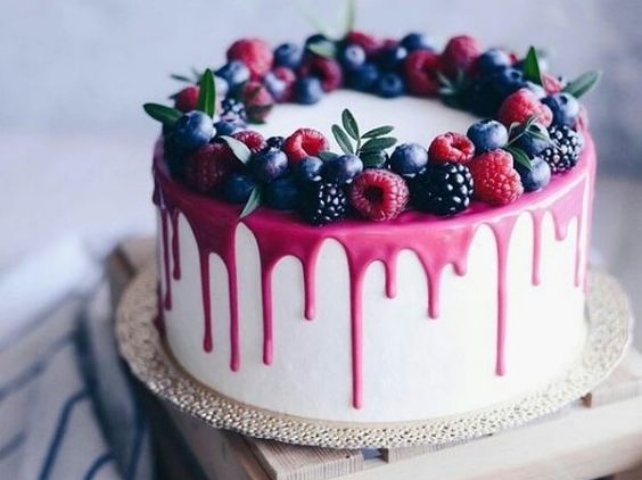 Some people like their cakes super sweet, others prefer to have the right balance between sweet and sour or sweet and bitter, but there’s one thing that we all know for sure – we love cakes. We love them so much that we don’t really care about anything besides the taste. We may think about the number of calories, sugar, flour or if there’s something that we are allergic to, but we don’t think about where they come from. What’s its history? How did it happen that people started to bake so many different things?

Whether it’s an all-chocolate cake, the one with fudge or with fruits, there’s no denying that it’s an absolute king of all cakes. It actually is the most popular choice of all birthday cakes. It’s hard to imagine that it hadn’t even existed until the mid-1800s. Before that, chocolate was known mostly as a drink and an expensive one; that’s why some cooks and bakers started to experiment with extracting cacao and cocoa powder to make it cheaper. In 1879, a chocolatier named Rudolf Lindt (yes, that Lindt) invented conching – a process of producing chocolate that’s silkier and smoother, hence better for baking.

Not everyone knows that there’s actually a difference between cocoa and cacao – they produce different flavours and affect your health differently. They both come from the Cacao tree; by drying, fermenting and heating the beans, we get cacao butter. Cacao powder is extracted after milling the butter I;;nto a fine dark powder. If you roast and mill it again, you’ll get cocoa powder. That’s why cacao is much more healthy than cocoa.

Probably the earliest mention of butterscotch is a recipe from 1848 in Liverpool Mercury, but Samuel Parkinson started making in 1817. Two years later, butterscotch was already sold commercially by S. Parkinson & Sons (now known as Parkinson’s) and was presented to Queen Victoria; it has been super popular ever since, also among the royal household. September 19th is even known as the National Butterscotch Pudding Day. Because of its flavor, it’s very often added to dessert sauces, cookies, pudding, icings, fudges, candies, etc. Food historians argue whether its name comes from candy’s origin (Scotland) or the original ingredient – scotched (scorched) butter. Butterscotch can be easily mistaken with caramel or toffee. The differences are that butterscotch is made with white sugar (caramel is made with white sugar) and you boil it to the soft crack stage (hard crack with toffee).

It is also known in the world as Black Forest cake (not directly because it comes from the Black Forest in Germany but because of a liquor made in that region which is distilled from tart cherries) and its national day is on March 28th. It was first mentioned in 1934 but Josef Keller, a confectioner from Bad Godesberg, claimed he invented it in 1915. It’s regulated by German law that a cake must contain kirschwasser to be called Schwarzwälder Kirschtorte (Black Forest cherry torte), as well as cherries, cream or buttercream and the minimum of 3% cocoa in the cake batter.

The exact origins of this cake are unknown. There was a pudding recipe published in England in 1591 that was a stuffed carrot but included many ingredients of the carrot cake as we know it today – cream, eggs, raisins, sweetener, spices, scraped carrot and breadcrumbs in place of flour. Sugar and other sweeteners were either not known or too expensive, so many people in the Middle Ages used carrots as a substitute. One of the earliest writing mentions of the cake comes from the cookbook of Antoine Beauvilliers, former chef to Louis XVI, published in 1814. Its popularity was truly revived during World War II because of food rationing – carrots were easier to get than sugar.

A form of cheesecake was already popular in Ancient Greece; it’s believed that the first men competing in the Olympics (8th century BCE) ate it to be more energized. It was first mentioned by a Greek physician Aegimus in 5th century BCE, and recipes for similar cakes can be found in the book of a Roman soldier and historian, Cato the Elder. More modern version comes from a 1390 English cookbook, but the name cheesecake appeared in the 15th century. Recipe as we may know it was created in the 18th century – that’s when people started to add beaten eggs in place of yeast. In 1872 William Lawrence from Chester, New York tried to recreate the French Neufchâtel, and accidentally, he came up with a modern American cream cheesecake by making an unripened cheese which is creamier than the regular. The funny thing is that it’s technically not a cake – more like a cheese custard pie with a crust. National Cheesecake Day is on July 30th, but different flavours have also their own days (e.g. National Blueberry Cheesecake Day is on May 26th and National Pumpkin Cheesecake Day is on October 21st).

You are probably craving something sweet right now, so without further ado, let’s get some cake!